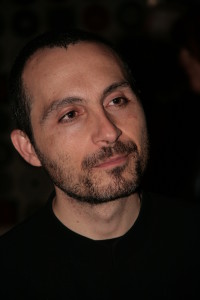 He appeared multiple times at prestigious festivals such as the Lang Lang Festival in Shenzhen, the Husum Piano Rarities in Germany, the Ravello Festival in Italy, and many others.

Pompa-Baldi has played with the Houston Symphony, Berliner Symphoniker, Orchestre Philharmonique de Radio France, Boston Pops, and Colorado Symphony, to name a few, performing cycles of all the Rachmaninoff and Beethoven Piano Concertos, among others.

Mr. Pompa-Baldi has recorded over 30 CDs to date, for various labels including Centaur Records, Harmonia Mundi, Steinway, TwoPianists, Azica, and Brilliant Classics. Among them, the complete piano and chamber music works of Grieg, the Josef Rheinberger Piano Sonatas, the complete Hummel Piano Sonatas, and CDs dedicated to Brahms, Schumann, Liszt, Respighi, and Rachmaninoff.

For the Steinway label, Pompa-Baldi recorded a disc of songs by Francis Poulenc and Edith Piaf, arranged for solo piano, to commemorate the 50th year of the passing of both French musical icons, as well as a CD titled “Napoli”, which features new piano versions of famous Neapolitan songs.

His latest releases feature Concertos for Violin, Piano and Orchestra by Mendelssohn, Haydn, and Hummel, as well as his transcription of the Respighi B minor violin Sonata. Another notable recent release, on the Steinway Label, is titled “Opera Fantasies on a Steinway”. It features two large Fantasies on La Bohème and Carmen, composed by Roberto Piana.

A Steinway artist, Mr. Pompa-Baldi is a Distinguished Professor of Piano at the Cleveland Institute of Music. He is also honorary professor at the China National Conservatory in Beijing, as well as various other schools and universities.