Four students will be selected by the Artistic Director to perform their Concerto movement again with orchestra, in Cittá della Pieve (about 1 hour by car from Todi. Transportation will be provided). This award performance will take place on August 18, and each performer will receive a €200 honorary fee. This performance is in addition to the Concerto performance in Todi, during the TIMM festival.

The following is a list of concerto movements that participants can choose from, if they wish to perform with chamber orchestra (first movements only, unless otherwise indicated).

The artistic director reserves the right to cancel a solo or concerto performance in case the applicant doesn’t have the repertoire memorized or is otherwise not ready to perform. We understand that every participant performs at their own level, and will not prevent anyone from playing based on their general level of accomplishment. We will however expect the student to be able to play the chosen piece from memory, and with an acceptable degree of polish.

Born in Naples in 1967, he holds numerous degrees from the prestigious Napoli Conservatory, in piano, composition, choral music, choral conducting, and orchestra conducting. His conducting teacher was Maestro Mariano Patti. Among his piano teachers, Aldo Tramma, Bruno Canino, and Piernarciso Masi. He was also a student and an assistant conductor to Piero Bellugi, and took masterclasses with Gustav Kuhn. In 1995, Maestro D’Ovidio won the national competition for a professorship in piano. He taught in Pesaro, Bolzano, Palermo, Cosenza, Campobasso and Vicenza. Currently, he teaches at the “Nicola Sala” Conservatory in Benevento, where he is also the head of International Relationships and Coordinator or Erasmus, as well as head of the keyboard department. 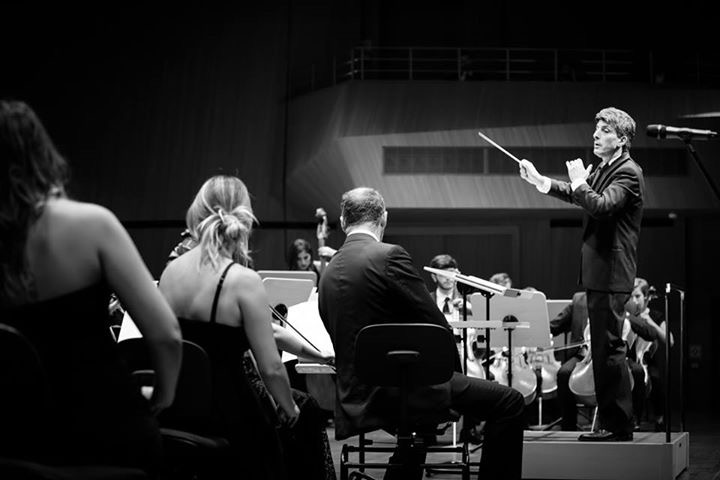 His concert activity began as a pianist, both solo and chamber music, performing for important institutions in France, England, Luxembourg, Austria, Germany, Poland, Romania, Greece, United States and Canada. As a conductor, he is a frequent guest of Nuova Orchestra Scarlatti in Napoli, Fondazione Teatro Umberto Giordano of Foggia, and various orchestras in Bari, Napoli, Romania (Oradea, Arad, Cluj), and Ukraine (Kharkov). Maestro D’Ovidio is also active as a composer and arranger, both in the Classical domain, as well as the Musical. Recently, he started a project with the Fundación Batuda of Bogotá and the Red de Escuelas de Musica in Medellin, Colombia, for a collaboration with the Colombian government in creating youth orchestras and music education programs. He toured Poland with the Benevento Conservatory Orchestra in 2016. In December of this year, he is scheduled to conduct Il Barbiere di Siviglia in a partnership between the Benevento Conservatory and the Turkish Conservatory of Izmir.

After carefully observing the global developments regarding international travel restrictions, and with our priority being the health and safety of our students, faculty, and staff, we have reached the conclusion that our beloved festival cannot happen in 2021. Therefore, we plan to have the sixth edition of Todi International Music Masters from August 3 to 17, 2022. Let’s all continue to focus on the fight against the pandemic, and look forward to meeting again in person next year.

Remember: applications to our festival are free.

For more information on the festival, please visit the website www.todimusicmasters.com

Plan to join us, knowing that our faculty and staff will work hard to make it a wonderful experience for every student, performer and observer alike.