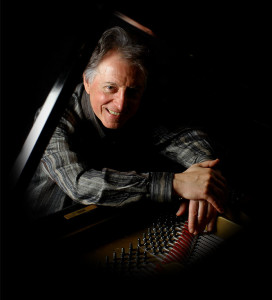 International audiences and critics have consistently recognized the fiery intensity, brilliance, and contagious sensitivity in the pianism of Eduardo Delgado. His appearances have taken him to the major music capitals of Europe, South America, Asia, and North America. Born in Rosario, Argentina, Eduardo Delgado studied with the great Vicente Scaramuzza in Buenos Aires, and later on with Rosina Lhevinne of the Juilliard School. His numerous awards and prizes include the Vladimir Horowitz Award, and grants from the Mozarteum Argentino, Martha Baird Rockefeller, and the Concert Artists Guild.

Delgado is in constant local, national and international demand as a noted pedagogue, lecturer and artist teacher of master classes. Delgado has been on the artist piano faculties of several universities in Japan and in California. He is currently a full professor of piano at California State University, Fullerton, where he has established a scholarship fund for talented pianists in tribute to the renowned pianist Alicia de Larrocha. To help endow the scholarship, he performed an inaugural recital with Madame de Larrocha at the Richard Nixon Library in Yorba Linda, CA. Delgado has served on the juries of such international competition as the William Kapell, the Gina Bachauer, the Vega in Japan, the second Martha Argerich International Piano Competition in Buenos Aires, the San Jose International Piano Competion, the Jose Iturbi Competition in Los Angeles, as well as the Top of the World Competition in Tromso, Norway.

Delgado performs at the Dino Ciani Festival in Italy, the Verbier Festival in Switzerland and the Martha Argerich Festival in Lugano and Buenos Aires. He has collaborated with Martha Argerich in several two piano and four-hand works. One of their duet performances, in 2012, featured Ravel’s Mother Goose and Schubert’s Fantasy in F minor.

Eduardo Delgado’s discography includes the complete solo piano music of Alberto Ginastera, in two volumes, for MA Records in Tokyo, Japan, a CD for IRCO Records with works of Schumann, Chopin, and Mendelssohn, and a CD for ERATO Records with tenor José Cura.

Mr. Delgado performs and teaches extensively all over the world. Recently, he appeared in Israel, Japan, Italy, Argentina, and the United States. He is a Steinway Artist.